Childhood magic in a thermal spa

Check back for updates and top tips for visiting Hungary

Our passion is travelling! We love unique experiences and as frequent visitors to Hungary we believe that this country has so much to offer. We are a small team made up of professionals with much experience in the tour and holiday sector. Combining our skills with our love for Hungary puts us in the best position to create some truly special travel experiences.

More by this Author 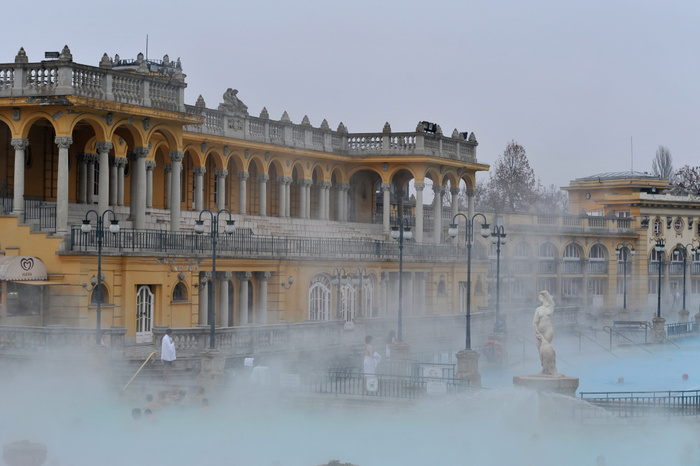 Everybody should have a memory from a long-forgotten autumn, siting in hot thermal pools rounded by mist.

As a boy, born and raised in Budapest, I had always thought that every other city looks like my one. The trams, the buildings, the illustrious castle, which is basically a whole district on its own right. And the thermals.

In my town there is a thermal pool, bath, spa almost in every corner of the town. And here is the trick. In western Europe they call every kind of heated water a spa, bath, or something like that nonsense. But in my country, it means something else. These pools are big, and I mean, really big, and not artificially heated!

Of course not, a thermal gain it’s right to be that, because it is naturally hot, full of extraordinary minerals in big quantities which are actually good for your health. Not just some heated tap water sold to you with a glass of prosecco.

How old was I in that time? I can’t tell. I am not lying to you. I really can’t. Let say that I was somewhere after the point when I realized that school is not just about fun, but well before the down of the age of shaving. Ten? Yes, pretty close to that.

We went to one of the oldest and biggest bath houses. The Lukacs. Going to be hard for you to pronounce. Try like the name of the guy who invented Star Wars and you will end close enough.

This bath. Was used throughout the ages from the Romans who first discovered the beneficial health effects of it. Two thousand-year-old history of healing, maybe more if we assume that the Celts did know anything about it too. My grand da used it because his dad used it before him, and that was enough assurance for him. I highly doubt if he ever thought about the romans.

It was an early morning in the Bath. To be fair, usually I drunk my morning milk from the sofa, just beside the warm fireplace and watching cartoons around 8 AM. But not on this day! I was changing my clothes in a really old, and with the eyes of a ten-year-old, amazingly humongous building complex.

Like a maze, with narrow corridors and giant pools, covered in moving, swirling mist. I had to admit, it was strange, remarkable and odd, all in the same time.

Honestly? I don’t even know yet, why we had to be there so early. But we had. It was the habit of my grandpa. When I entered the pool, I could see the pillars holding the outmost structures of the building surrounding it.

Imagine the whole thing like a complex, punctuated by pools. So, they are a bit in the building and out of it. In this way, when you enter the pool, you are really close to the corridors of the building, but when you are in the pool, you can see the sky.

On that day it was snowing. I clearly remember it. The wind was chilling, but the water was hot, and distinctively stink from sulphur, and something else what could be hard to identify. It was a mixture of open air, centuries old walls, and the other minerals in the water. You did not know it consciously, but your brain did instinctively know that it was something healthy, which was going to be good for you. And it was!

My grand pa used it against his old injuries, he was a long serving officer in the socialist era in the eastern bloc. Believe me, he had a few. Mostly stiff joints though, hard to heal with conventional tactics. The water helped. But it not just affects your actual physical body. Your soul as well. Sitting in the water, staring up into the light snow shower. More like a meditative experience than anything. You can relax, forgot your pain, problems, stress. Just get rid of them and reflect on yourself.

Of course, I learned that later, at that time I was only busy with annoying my grandpa with constantly playing a diver in the hot water and then jumping out, and in. And playing with the other few kids who accompanied their relatives. A ten-year-old doesn’t know much about stiff joints, isn’t it?

Your E-mail has been sent. We will be in contact with you soon.

Please refresh the page and re-submit the form.

SORRY
Your content caused an error and your email has not been sent.
Please remove any unusual characters and try again